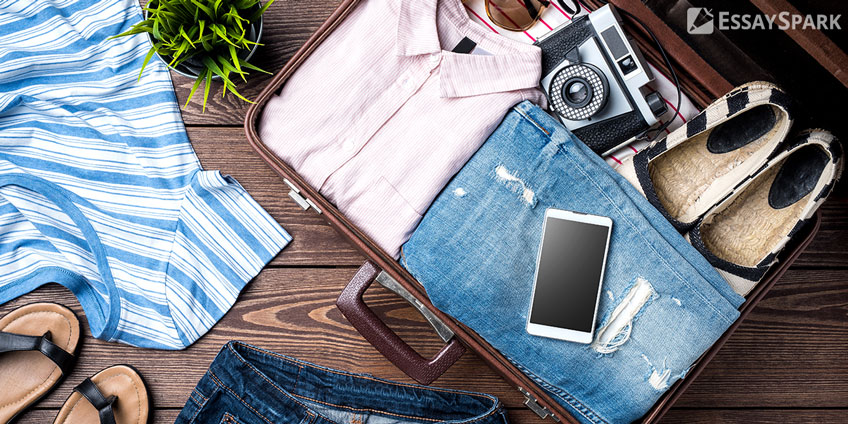 Have you ever heard about downshifting? You probably have, and you even understand by and large what it is about. Understanding is without a doubt the key word here as the main thing you should avoid is allegedly knowing everything on the surface but understanding nothing.

It is a typical case today as the type of fast-food culture within the post-industrial era we all live in only contributes to such a trend. Anyway, let’s delve into what downshifting is and what root motives stand behind it. But before we do it, let’s have a look at different conceptions of traveling, as they obviously overlap in real life, and you often wonder where they come from.

If you have difficulties with doing your homework, we have some good news for you! Intriguing? You don’t need to make up any conception. All you need to do is to order an essay sample on Essayspark.com while you are thinking about your next trip!

Traveling as Looking for New Impressions

One of the most understandable reasons pushing people to travel is the thirst for new impressions. There’s nothing wrong about it, of course. But this explanation has already become such a pervasive cliche that you can almost feel there’s something to at least criticize in it.

And yes, you’re right. To do it, you need to remember what the Enlightenment years and their trends were all about. Lots of things can be said nowadays, when speaking about the Enlightenment has become an obsession, especially when it comes to analyzing some interesting implicit trends (Enlightenment in Scotland or Germany, for instance, as the bearers of the idea of “Other” in comparison with “French mainstream”).

But one of the most characteristic features of that period is the new idea and implementation of traveling. No, that’s not the great shift in traveling of the turn of the 19th century, when completely new methods were invented and that completely detonated even the most far-reaching ideas of what progress was and how it could be adjusted to traveling.

Traveling became the object of fashion: it became trendy to visit some countries and “distract oneself”. The word “impression” or “getting new impressions” often went together with such a conception. Given that, Enlightenment deeply transformed nearly everything. Actually, we live in the world shaped by its popular ideas, no wonder that modern conceptions of traveling and even marketing of traveling draw heavily on it. Just pay close attention and bring in some personal analysis, and you’ll see the striking similarity.

By the way, you don’t need to surf the Internet for a long time to find your personal essay writer. You can entrust any paper to our pros! So, go ahead and contact us!

Role of Money in Traveling

Money and traveling are almost inextricable things in mind, as for making a memorable trip you definitely need a large sum of money. That’s what you hear from nearly everybody dreaming about white sand and warm sea. But in fact, you can do without money or at least with less money than you think you’ll need. And here interesting things are coming out of darkness as we are approaching the notion of downshifting.

Downshifting as a Notion

In fact, your first impressions may be as follows: downshifting is of similar logic with other modern popular doctrines, like ecology, anti-consumerism, and simple living or slow life, and even partly overlaps with them. And you are right.

Even more so, it is their natural extension to some degree and evidently, the notion encompassing all of them. But apart from all of that (and that definitely adds a philosophical touch to it, something of a well-thought conscious choice) the money factor is of course very important, as downshifting allows you (in theory, at least) to be concentrated on your personal experience and get as much as possible from your trip but without jaw-dropping expenses.

Remember the work-life balance everybody is so fond of nowadays? As you can see, the same logic functions there: getting the most of your life but less work. That said, downshifting has got two sides: technical one (money and the desire to cut down on expenses) and philosophical one (being a part of eco life movement, conscious choice).

Of course, we have already pointed out briefly why people go for it. But let us mention some more factors and clarify those mentioned above.

Getting Rid of It All

Yes, we’ve had enough! Money and other perks don’t matter anymore. Pressure of society and everyday life are just something too much to bear.

Opting for life instead of work is another plausible argument.

Other Vision of Traveling

That may be part of the previous point: people see no reason why they have to follow some pre-constructed decisions made for them and decide to opt for authentic experience with less comfort.

The Future of Downshifting

The pursuit of more money, more highly paid vacancies and material benefits finally led to the opposite reactions, and downshifting is one of their most interesting and promising embodiments. No doubts about it.

You don’t need even to think about downshifting when you choose the right online service to buy an essay. Our low prices will surprise you, and the quality of work will always be second-to-none!